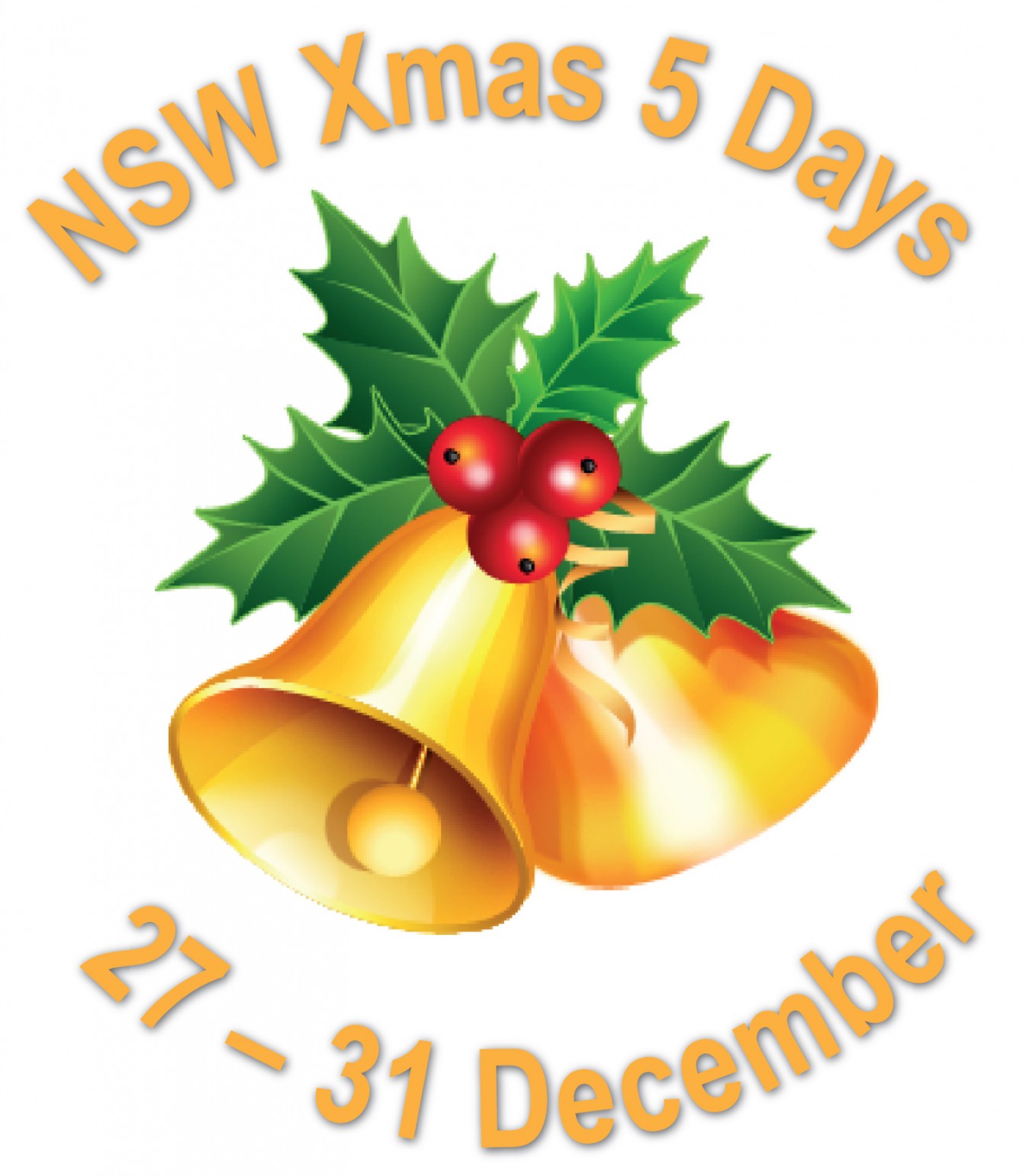 WHO at the Christmas 5 Days

23 WHOs filled in the time between Christmas and New Year competing on challenging terrain on maps west of Lithgow, finishing in the middle of the Blue Mountains at Wentworth Falls.

Day 1 was in native bush on Big Foot's map at Falnash State Forest with a promise of wet feet regardless. Our Club's top performers were Justine de Remy de Courcelles in Women F and Steve Dunlop in Men E. Justine topped the field in 1st place in her division and Steve powered into 3rd in his.

Day 2 was our Club's contribution to the series. Courses were set on the north part of our "Mt Piper Hills" map with a lot more climb than at Falnash. The top WHO orienteers were Justine de Remy de Courcelles  (WF) and Steve Dunlp ((ME) both coming 4th in their fields.

Day 3 courses had to be switched to a hastily improvised set of courses on Garingal's "Baal Bone Junction" map. The long wet period had made the originally planned area in the headwaters of the Cox's River inaccessible. The terrain was challenging with long times out on the courses. Three of our team made it into top places. Justine de Remy de Courcelles (WF) and Savanna Sweeney (WC) crossed the line in second positions and Hamilton Kinneally (MG) passed through the finish in 3rd place in his division.

Day 4 courses were set on Garingal's "Gardens of Stone" map at Ben Bullen. Out top runners were Aiden McQuillan  third in  MG and Savanna Sweeney 5th in WC.

Day 5 was on the homeward run for Sydney siders on a challenging sprint map at the Blue Mountains Grammar School in Wentworth Falls. This was the day of our club's best performances with WHO taking top places in several divisions. We had two 1sts: Justine de Remy de Courcelles Women F and Seth Sweeney Men B. Not far behind in 2nd places were: Savanna and Paul Sweeney (Women C and Men D). Constance Valais (WF) and James McQuillan (MB) crossed the line in 3rd places in their fields and a honorable 4th place in Men G was achieved by young Aiden McQuillan.

From Emmanuelle: Thank you everyone who helped out and contributed to the Mt Piper event for the Xmas 5 days. It was a great day. We had 23 entrants and the largest number of entrants for those 5 days (249). If you are on Facebook, Newcastle Orienteers took some nice pictures. https://www.facebook.com/NewcastleOrienteering The WHO Cup was run in perfect weather on Sunday morning at Lizard Log in Western Sydney Parklands. Thanks go to Barry and Steve for great courses. Possibly more important was the lunch that followed. Thanks Rob. Event results can be found here.
Congratulations are due for these winners.
WHO Cup (fastest male): Seth Sweeney
WHO Cup (fastest female): Belinda Kinneally
Chris Crane Cup (handicap winner): Tim Perry
Club Champion: Savanna Sweeney (The Club Championship is awarded for the highest point score achieved over a selection of major events up to the end of October each year.

Sweeney Savanna ran in 47 events and achieved a point score of 5420. Runners up were Lachlan Coady 29 events with a score of 5415 and Seth Sweeney 34 events and a core of 5400.
Hank van Oost Trophy was award to Dmitry Stukov for his contribution to the development and operation of the Club's IT systems which recently included the setting up of a live-results system for club events. 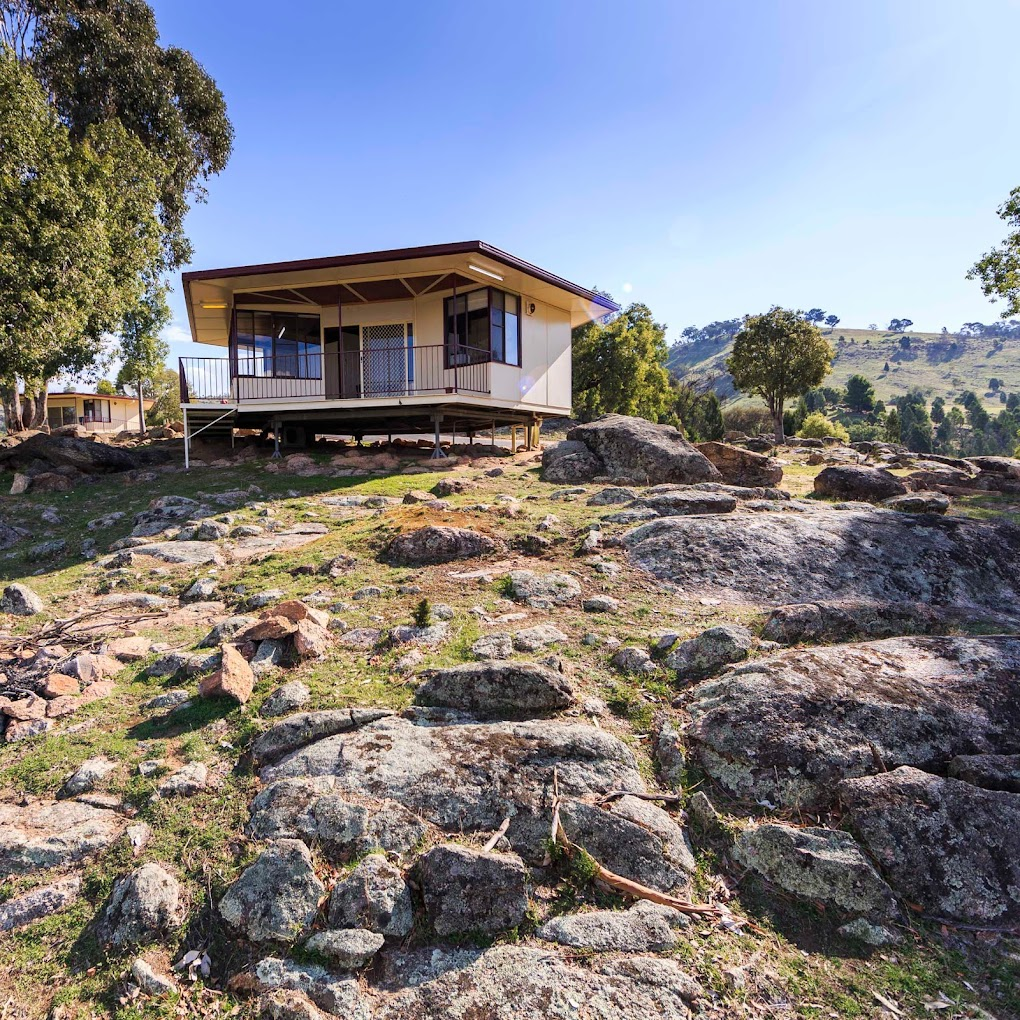 14 intrepid WHOs trekked to the Orange region to compete in the State Middle and Long Distance events.

On Saturday 5 November they were challenged by intricate rocky terrain at Noahs Ark Ridge. Ten of our team placed in their events. 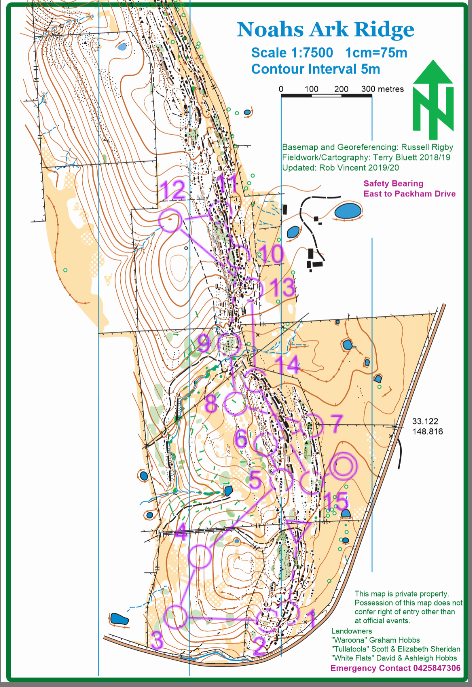 Based on the results of the Australian 3-Days Championship, Australian Championship and the Victorian Middle Championship, Savanna and Shay Sweeny achieved a high points result which made them the only WHO orienteers to be included in the National Non-Elite Class Rankings.

Savanna is listed in 5th place nationally in the W14 class, and Shay is in 4th place in M12.

The Club congratulates our top juniors on their achievement. 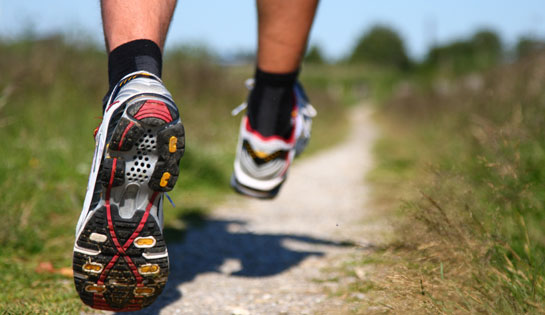 Selwyn Sweeney took 1st place in a MB field of 40.

There were 12 in the WHO line up. A very competitive event. The WHO team missed out on all top places, but Levi Coady, Seth Sweeney and Janet Morris placed very well in their fields. 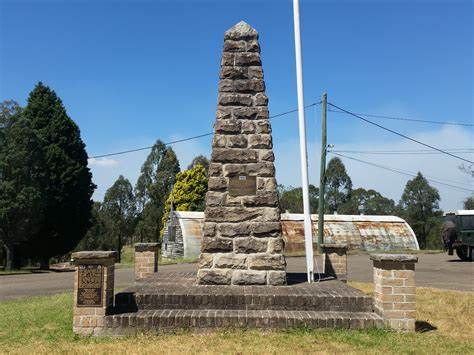 Out of 23 WHO starters we achieved 15 placings:

More WHOs turned up for the afternoon event. Out of 28 starters we had a top club result of 19 placings:

Intrepid WHO adventurers excel at the Bidjigal Nightgane. 16 July

Dan Smith and Lee Coady finished 3rd overall in the 5 hour nightgane and James McQuillan and Silvia Teo made it into 5th place overall in the 3 hour advernturegane.

Category results for the WHO Team: 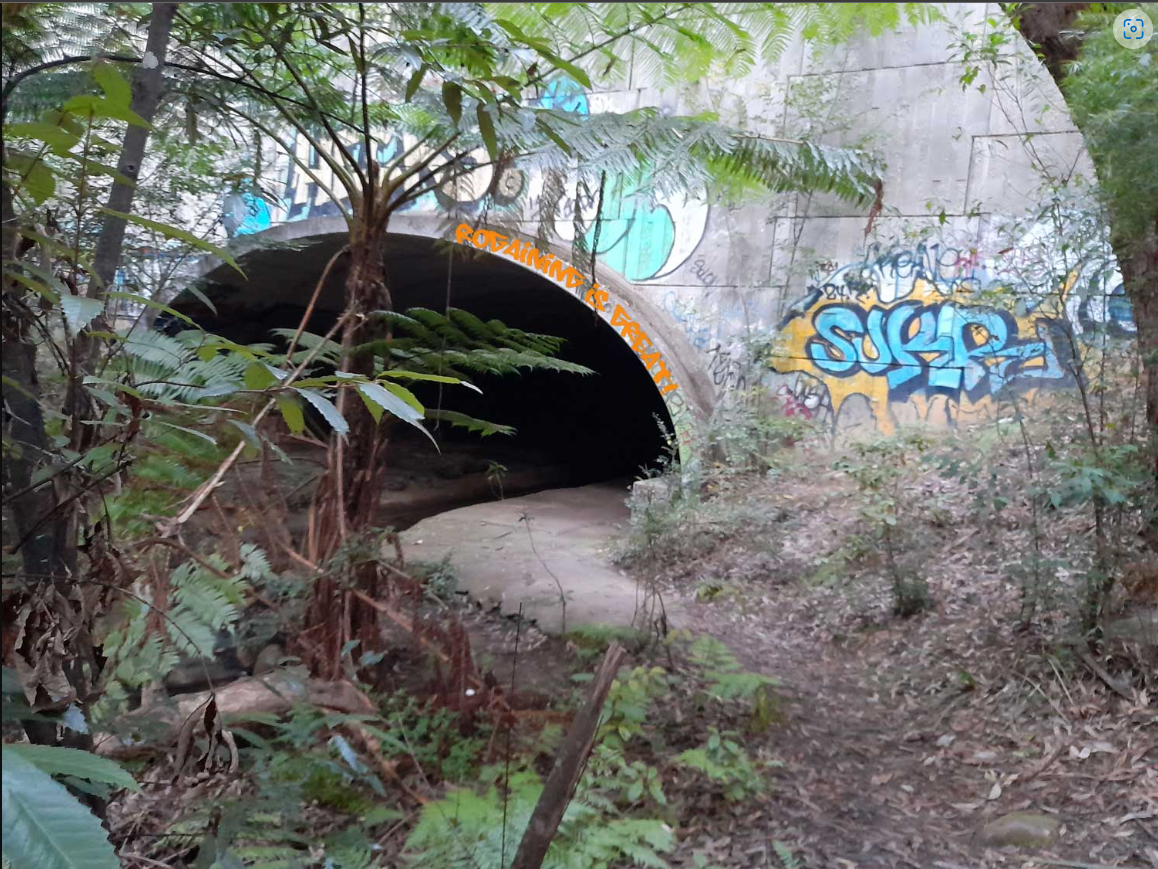 Read the commentary on the 2022 Turkey Trot 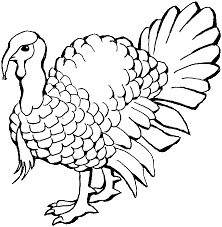 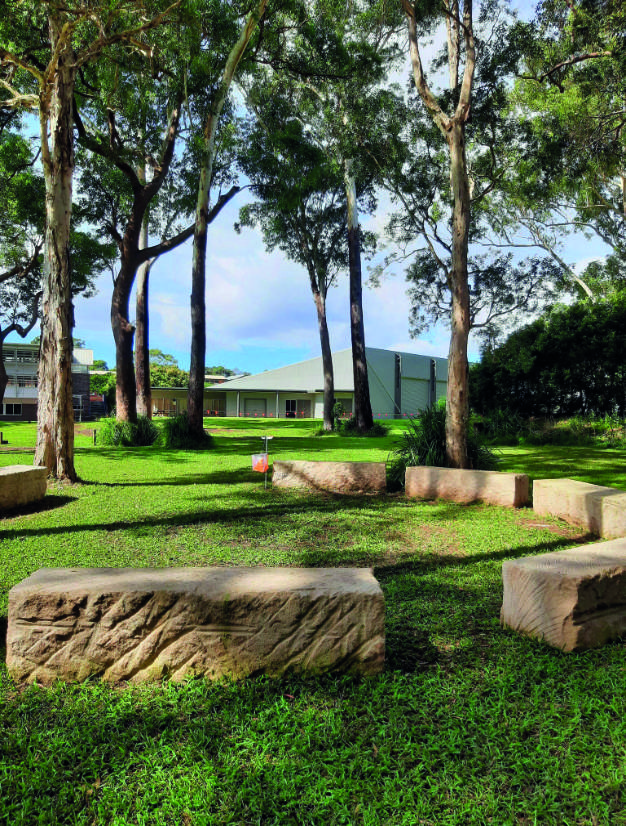 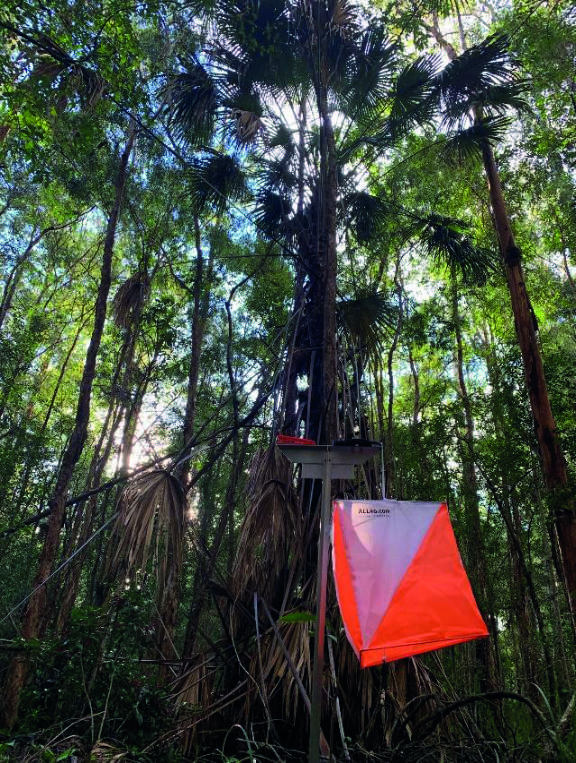 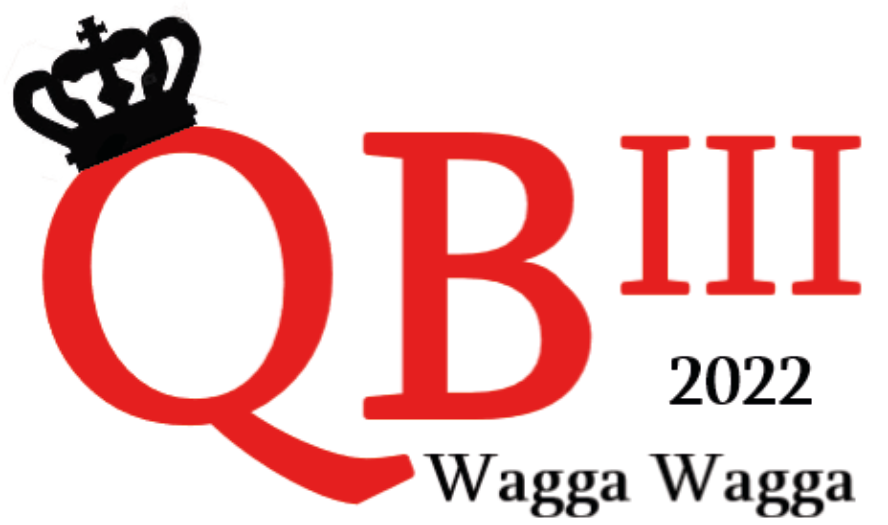 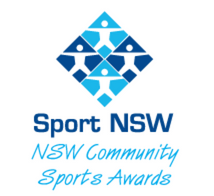 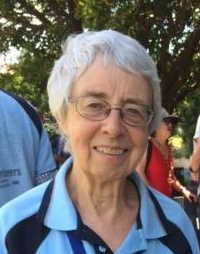 Orienteering is represented in the field of finalists by Janet Morris, Western & Hills Mapping Officer. Janet has looked after the Club's mapping needs since the retirement of Bruce Cooper many years ago. In addition she has supported the Sporting Schools mapping program with the cartography and field work for several metropolitan region school maps and also is one of the supporting mappers for the SOS Saturday Series run by Bold Horizons.

“Bold Horizons are delighted to see that Janet has been recognised by Sport NSW for distinguished long service to orienteering. Janet is a regular mapper for Bold Horizons and . . . can always be relied upon for sound advice and a willingness to help out. Her skill and effort to support the sport are very much appreciated! This is very well deserved recognition. Congratulations Janet.”

Sport NSW congratulates all Distinguished Long Service Award recipients and thanks them for their ongoing service and contribution to sport in NSW.

We may not have done so well in the competition on Saturday but in terms of assistance, contribution and team work you are all on the winning team.

Thank you everyone for making the trek to Wyangala, assisting and making our State League event a success. Every contribution small and great was much appreciated

There were 189 participants on Saturday and 30 of those were WHO members, the largest number of entrants from any club. It is fantastic to see this level of participation.

I wonder when we last had this many members at an event.

The WHO Team at Wyangala

Feedback from an older member

Whilst understanding the assessing of Planners at events I would like to nominate the Organiser of our recent event for special mention. I have been involved in events for over thirty years and since the detailed planning I was exposed to in a 3 Day event many years ago I have never seen anything better until last weekend.
Our Wyangala event was planned, documented and explained so I will not mention "Climb" and "Rocks". We were promised 130,00 mentres of climb and 5 (hundred, thousand ) rocks and this was delivered.

James Lithgow set challenging courses on our map in the less frequently used southern section of the forest.
Bennelong's Gordon Wilson oversaw the planning and organising as event controller and Jean Baldwin and her Goldseekers' team ensured that everything was set up and ran smoothly.

The WHO Team of intrepid runners repeated their great Saturday results at Wyangala with 15 WHO runners placing in their grades. The weather held off for the early runners but those who started late finished in a cooling late autumn shower. 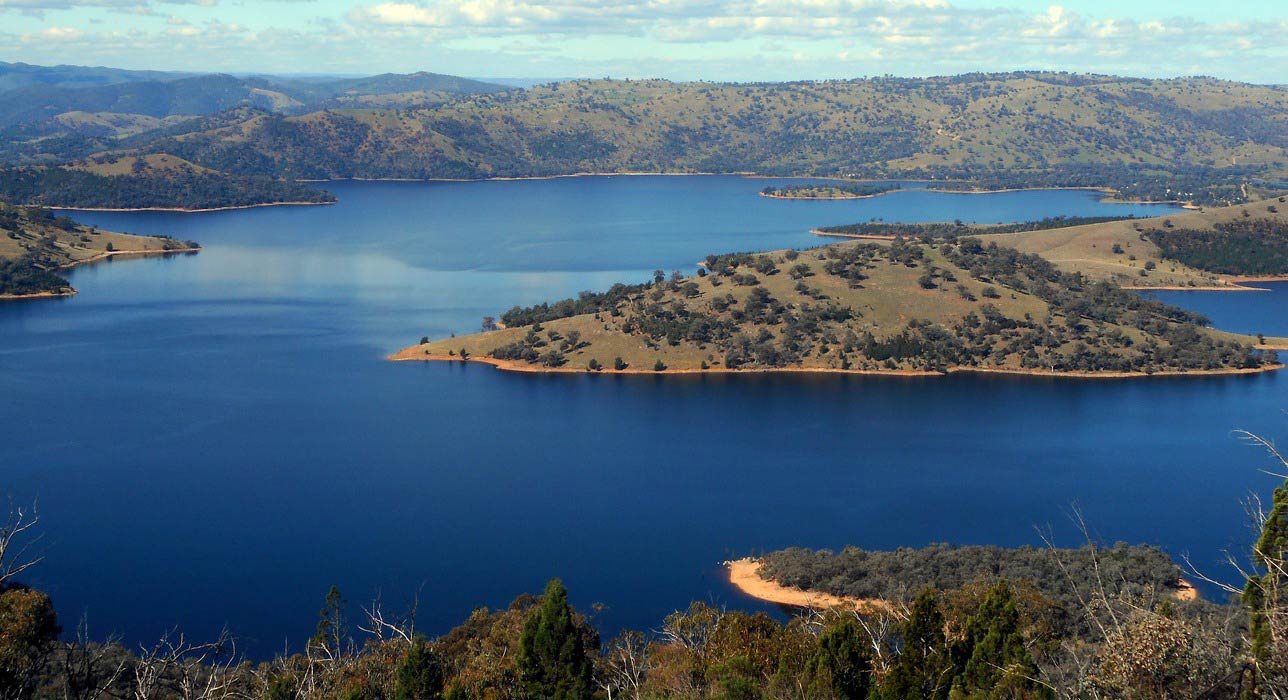 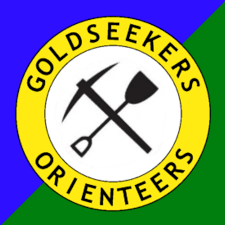 With a club team of 30 plus planners, organisers and vetters we had the biggest club turnout so far this year. Quite an achievement for a location remote from our membership base. Feedback from runners was excellent. Credit goes to Course Planner Rebecca George (Big Foot), Controller Sheralee Bailey (Bennelong) and Organiser Karen Langan and team of helpers too numerous to mention.  A great job well done team!

Two thirds of our team placed in their divisions. Quite remarkable.

The 610 entries included top of the league NOL orienteers. A very competitive field for our small WHO Team to face but, nevertheless we achieved some top results overall.

Savanna Sweeney showed top performance in her class with a second in a large field (W14A). Janet Morris also 2nd (W80A). James McQuillan powered into 3rd place in a the very competitive M40A field. Elliott McQuillan demonstrated his potential with 6th place in the MW10- Novice group. Other achievers were Nerise McQuillan 6th in her class (W35AS), Seth Sweeney 6th in M18A, Aiden McQuillan 8th in MW10-Novice, Karen Langan 12th in W50A, Paul Sweeney 11th overall in the big M45AS field, and Saffron Sweeney 14th in W50A. Shay Sweeney also showed good potential but was knocked out of the overall points score with a mispunch on day 2. 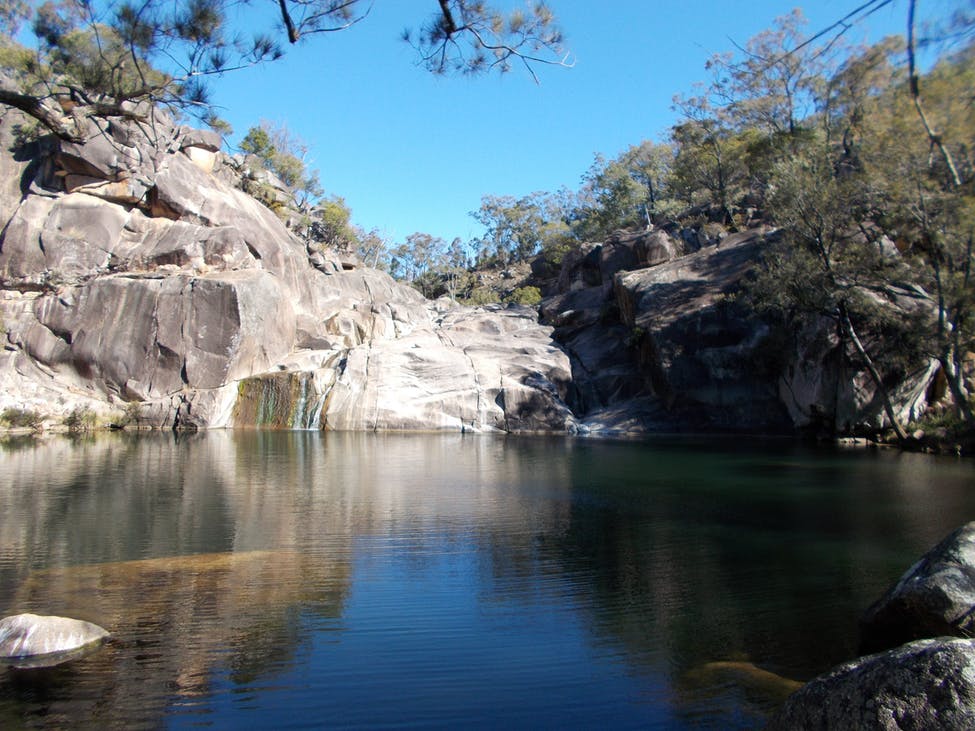 Coomba Falls, Easter Day 3, for those who didn't see them on their course. 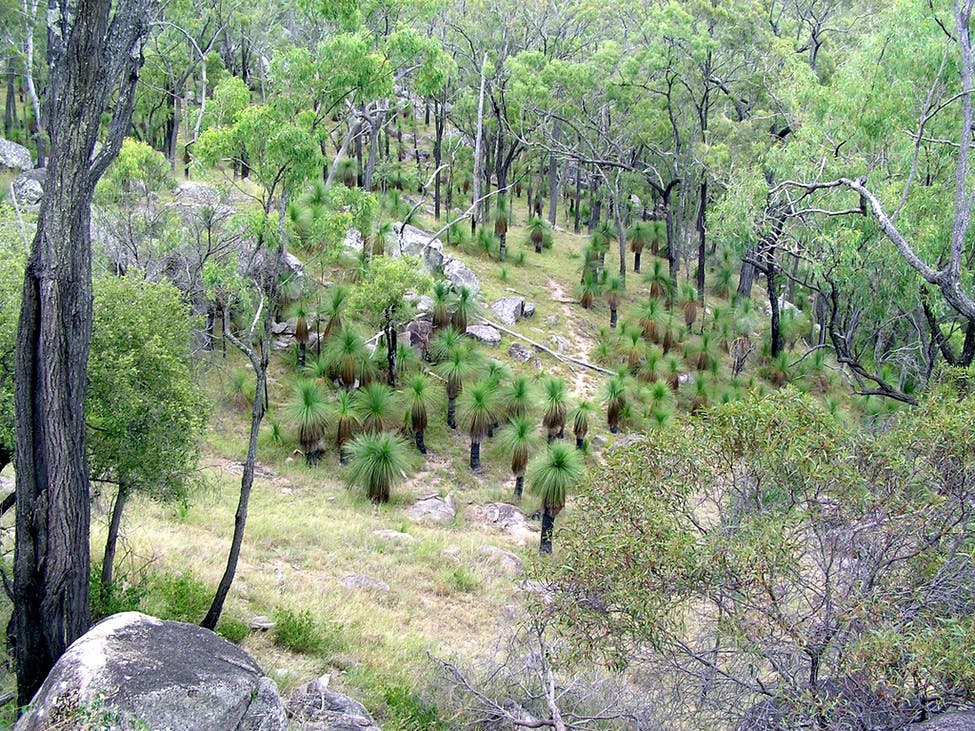 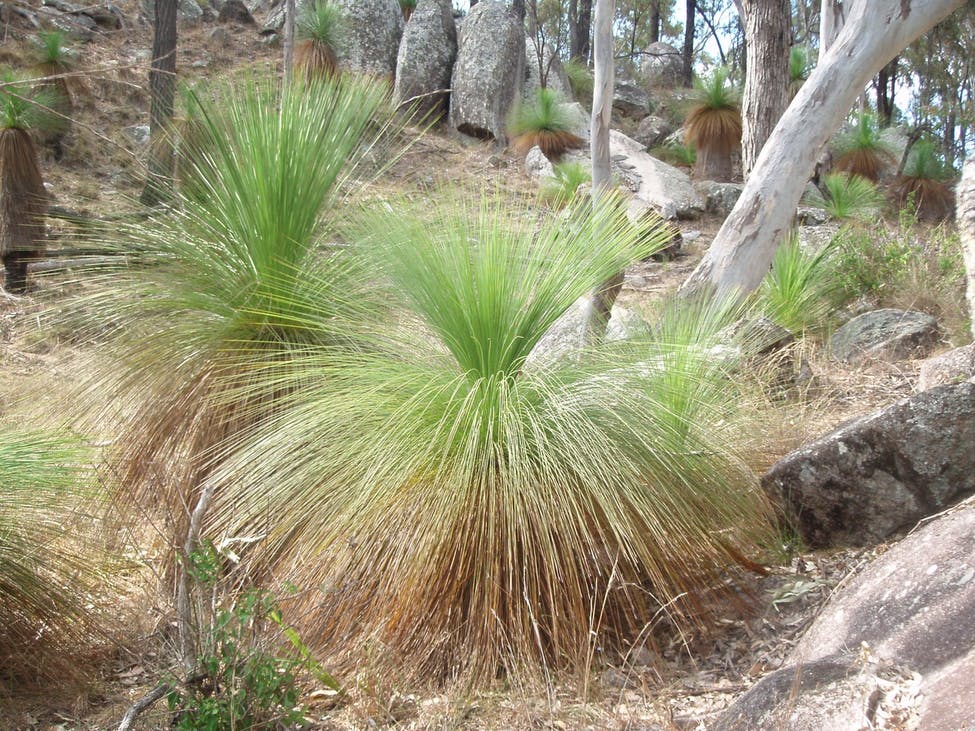 Grass tree near a control 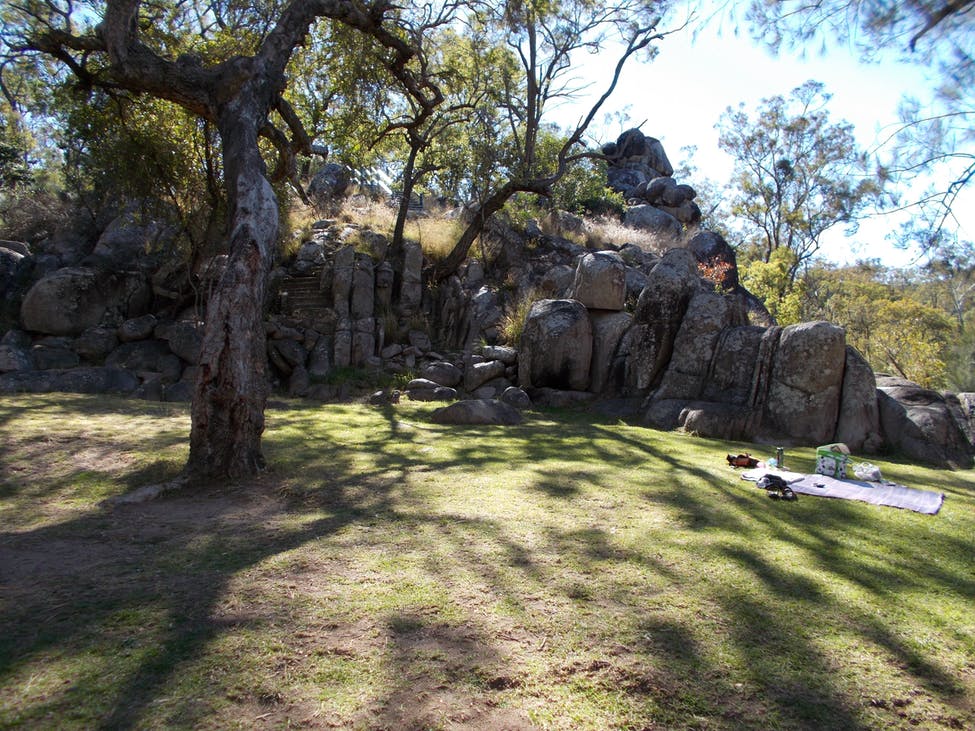 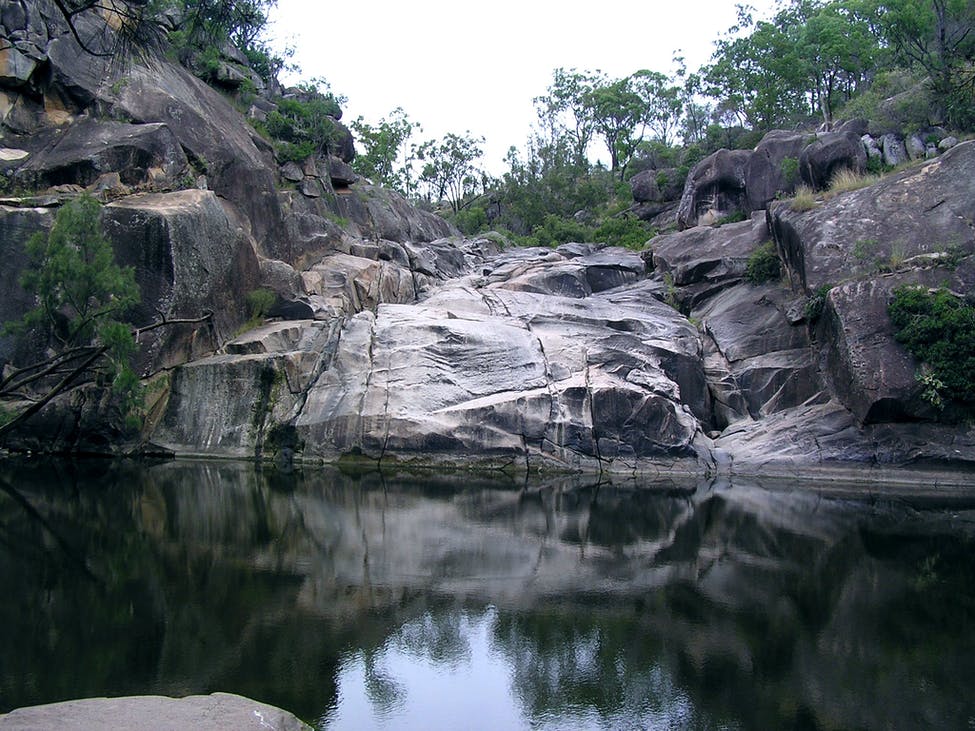 The WHO team took 5 firsts in the NSW Sprint Champs at Ourimbah Campus.

The club fronted a team of 18 in almost ideal conditions. Occasional light drizzle and wet grassed area didn't seem to slow anyone down. 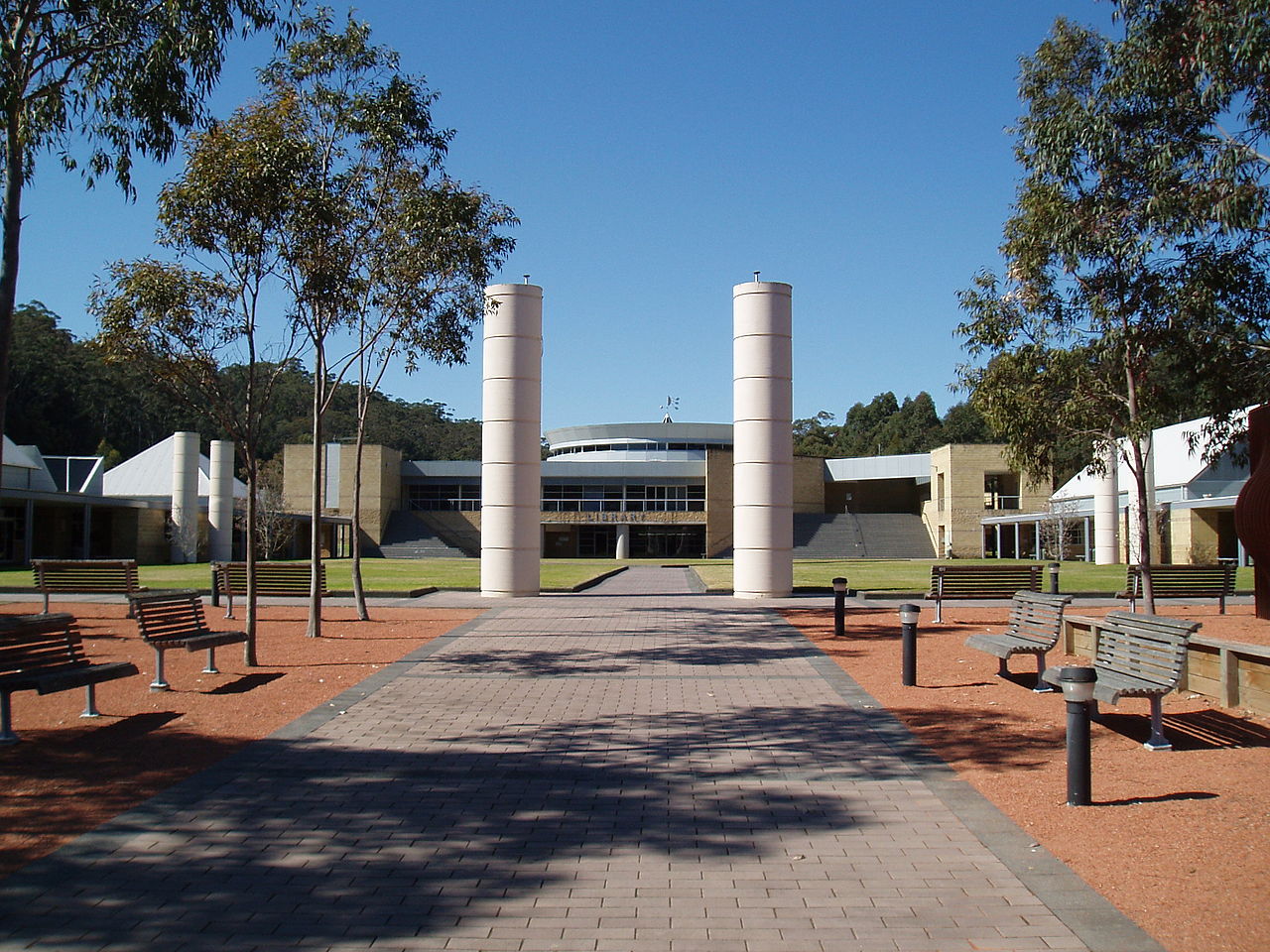 Was it the end of the Big Wet?

Ideal weather conditions for the club team of 19 resulted in 6 first places in a broad range of classes from W12A to M85A.

From our President and Event Organiser

WHO Members - Thank you for contributing to the success of the sprint event at Balcombe Heights last Sunday evening.  The event went well and we even had a "walk in" who completed the short course.

Lachie Coady set the courses. His first time setting. His courses were deceptive, confusing some experienced orienteers.  Lachie had a busy day as Sunday was also his cricket final which his team won and he did a shift on the computer learning to watch out for negative times (the clock went back 12 hours).

One of the great things of belonging to WHO is the spirit of volunteering that was once again in evidence last Sunday.  We invariably have more volunteers than tasks which means that  things get done quickly and efficiently.  For example packing up was quickly completed and we had the gear back to Steve Dunlop before dark.

When we opened the start on Sunday, Dan Smith and I looked back at a large group of WHO members gathered around the registration tent chatting.  It was a great reminder of how social our club is.  Please continue this way.

There were contributions from too many for me to name for fear of missing someone.

Thank you for your assistance - Ian Miller / James McQuillan

You can see the results here, 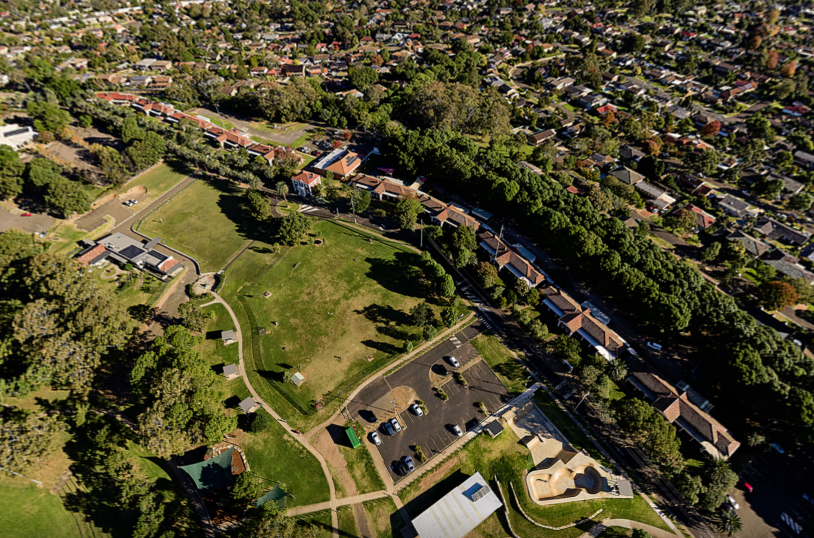 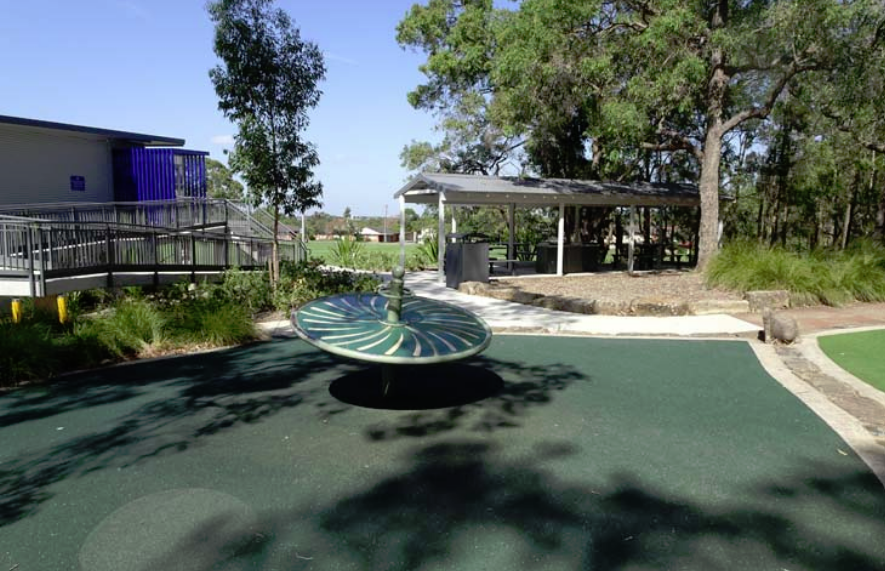 We had over sixty competitors (56 entries including families) all of whom enjoyed meeting the challenges that Anthony and Matilda had in store for them.

Martin Mansfield dropped a flier, with an exciting description of the coming event, into local letterboxes. As a result we had more first timers turning up to experience map-navigation as a sport.

We need more club members to take up the challenge of setting courses. Have a go! Check it out with Anthony and Matilda. They will tell you it's a lot of fun and not as difficult as you may think.