If you have any items for the Club News page please send them to the webmaster. And there's a lot more to read in the Club's Newsletter - Ian Miller is the editor Open the latest issue 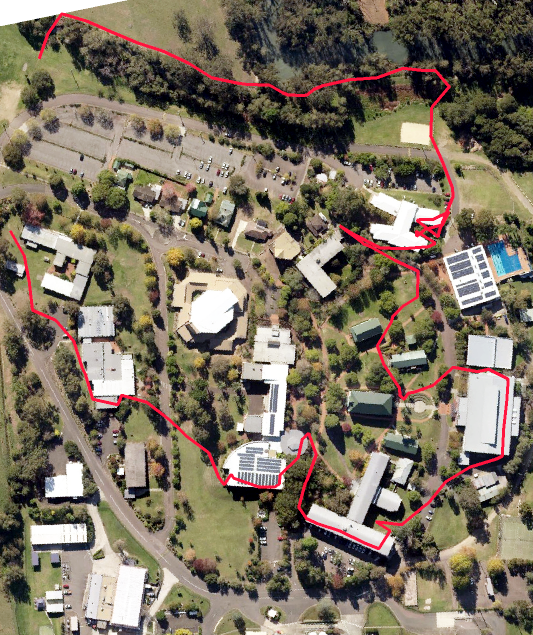 Newcastle Orienteers put on a great series in the Watagan Mountains and the university college campus at Cooranbong. Your club fronted a big team, which with family supporters was in the 30s.

Cumulative WHO placings for the three days were:

Our State League individual placings for each day were:

21 intrepid club members travelled south of the Clyde River to engage with the complex sand-dune terrain at Broulee.

There were some amazing performances by our top club athletes.

On day 1 Lee Coady took 1st place and Vivien de Remy de C flew in at 2nd in M40A. Justine de Remy de C crossed the finish line ahead of her junior competitors in the W10s. Rob Bradley achieved a presidential 2nd in 55AS and Saffron Sweeney led her field with a 1st in W45AS.

Day 2 saw Lee and Vivien repeating their day 1 results with  1st and 2nd places in M40A. Justine slipped back to a very creditable 2nd in W10. Aurelie Valais moved up to take 1st position in W20A. Saffron Sweeney powered into the 3rd spot in W45AS. Juniors Constance Valais steamed through the undergrowth to 1st position in WJnB and Louisa Coady was a close 2nd in M/WOpen.

The WHO Team did very well at Saturday's Middle Championships.

The Long event on Sunday proved to be very challenging. It took most runners into a more complex area with difficult steep slopes. Finish times were longer than expected which suggests that the navigation was challenging. Our placers were:

Other Team WHO finishers:

WHO juniors have excelled at Noah's Ark Ridge.

Remarkable performances in the challenging terrain of Gumble Pinnacles.

Another day of challenging pinnacles, but with a day's experience up front.

11 WHOs finished on all 3 days. There were lots of DNFs - this points to a need for more bush training!

Other WHO Team finishers.
All commendable efforts in big competitive fields:

WHO point score achievers for the 2020/21 Season

At the season final post event presentation several Club members were acknowledged as high-performers by high placings in the season's point-scores:

The intrepid club team of 16 braved the downpour to achieve some remarkable results.

The downpour continued for the first State League bush event of 2021, but this didn't deter 11 WHOs took up the challenge in the complex rock terrain of the  Bargo State Conservation Area, near Hill Top.

From the award citation:
"As individuals and as a partnership, Janet and Barry have for decades stimulated and supported the growth of orienteering in western Sydney in particular, and in NSW more generally. Barry is an expert at building maps. His expertise is evident in the excellent "How to create high quality orienteering base maps", available freely on the WHO website. It has been recommended highly by interstate experts in mapping.

Janet is the organiser / coordinator for the annual Western Sydney Orienteering Series (WSOS) and was integral to establishing the series which was developed to attract newcomers and provide WHO members with the opportunity to set courses and organise / control minor events."

Barry says the Club should have got the award, because without the Club's support they could not have achieved the outcomes cited.

WHO Team - Thank you for your help  at Rouse Hill.  We delivered a successful event for our first event for 2021 and with the new Covid rules.  Some new processes were implemented and innovations introduced   Delivering an event is a team effort and and all who where present contributed.

Aurelie Valais set the courses which received a number of compliments.  "Did the score event and thought  it was a good “orienteering” course ( not just a “runners” course) especially in that you had to read the map well".

Registration went well and our ability to adapt was tested by the pages with the QR codes not making it to the event.  Last week, Barry Hanlon and James created a fall back method to register attendees using the internet should the QR code not work and it was brought into action and worked well.

New Covid rules were released requiring a new Covid plan.  Robert Bradley wrote it while on holiday without his laptop.

Another challenge occurred with control #127.  You may have noticed on your printout that you visited control #106 and not #127 even though the maps showed it as #127.  Around 3:30am on Saturday morning control #127 went rogue.  It turned itself on, the red light was full on and it emitted sounds.  It was decided that #127 was unreliable and it was replaced by #106.  While we were packing up control #127 went rogue again.  Tim has taken it for further examination.  As far as I know its calls for help to Dr WHO remain unanswered.

Another lesson learned and there are always lessons from each event is to check when the gates open to the park.  Aurelie, Sylvie, Barry Pearce and I arrived at 7am to find the gates shut.  The ranger arrived shortly after so it was only a temporary issue.  The sign at the entrance says the park is open from 8am to 8pm.

A highlight was the arrival of the Buntoro Family group of ten.  Thank you to all who helped their introduction to orienteering.  They enjoyed it immensely and asked if we would be back at Rouse Hill next Sunday.  I pointed them to the next local event at Galston.

Lastly a thank you to whomever arranged the weather.  When tagging the controls we had re-scheduled a number of visits due to rain.  It was a nice cool morning but was very warm for the later starters.

Another successful WHO event done and dusted.